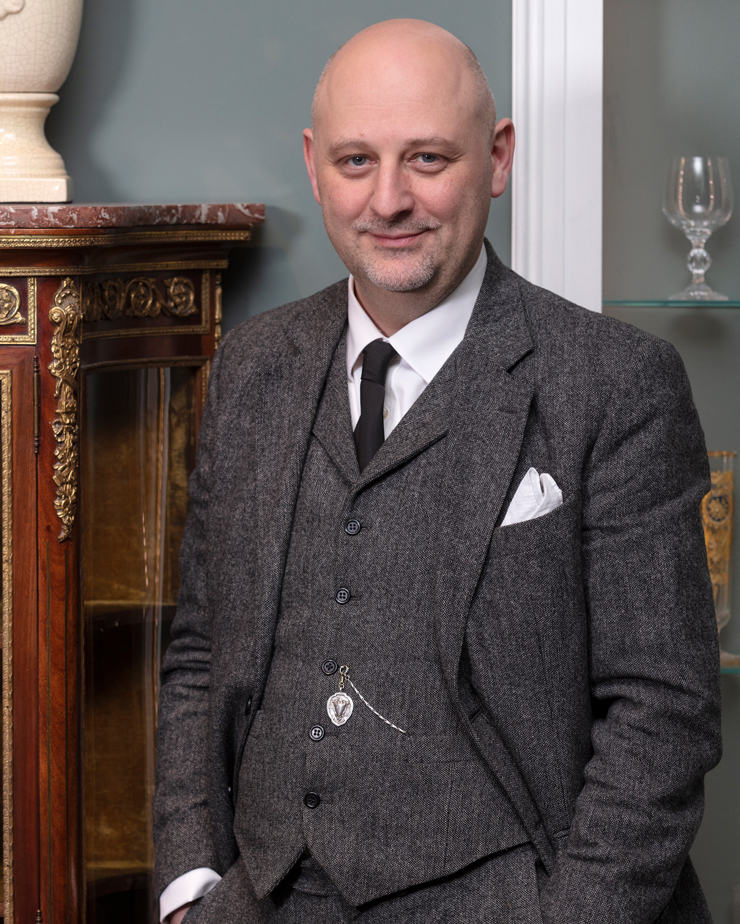 What we try to maintain at Goodwins is the lost art of the traditional family jeweller where service and integrity are valued over the commercial bottom line. 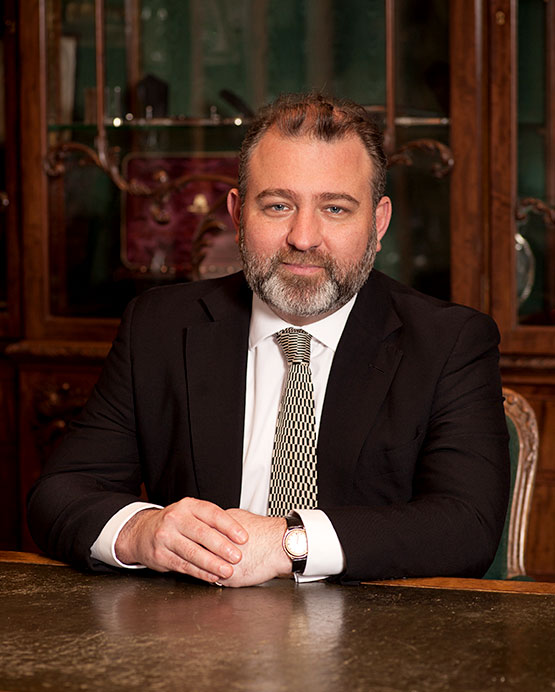 Welcome to Goodwins and I hope you enjoy both the shop and online experience here coupled with the unique jewellery, silver and service we offer. A traditional business offering modern practices with family values. 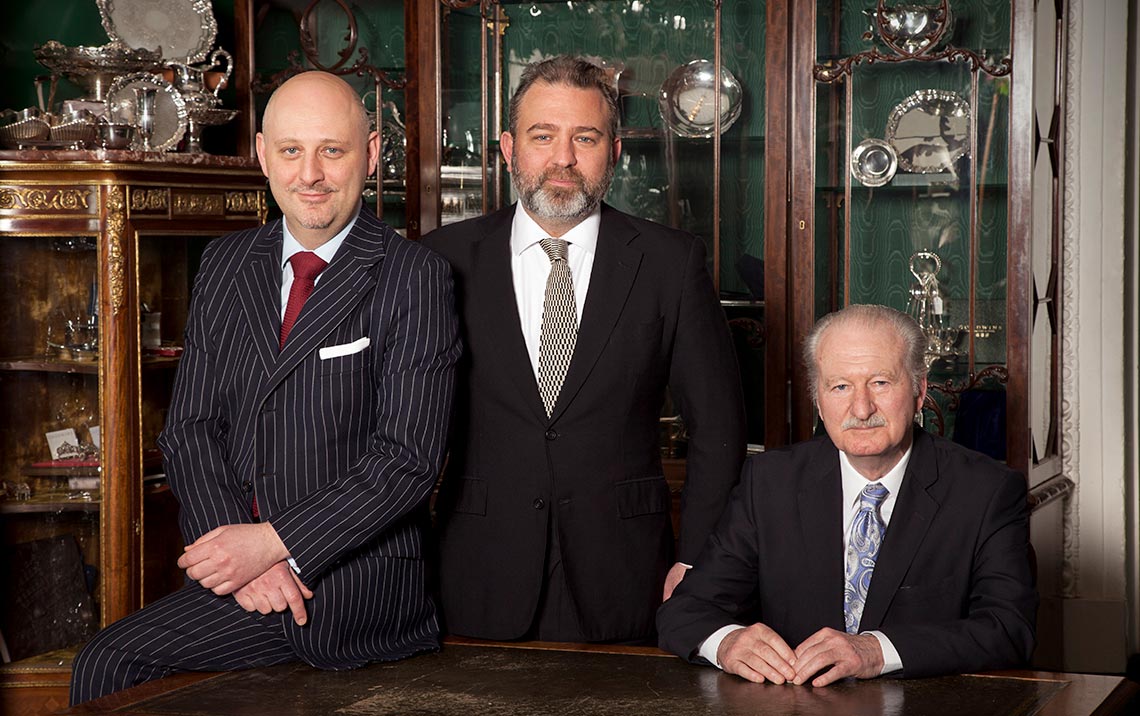 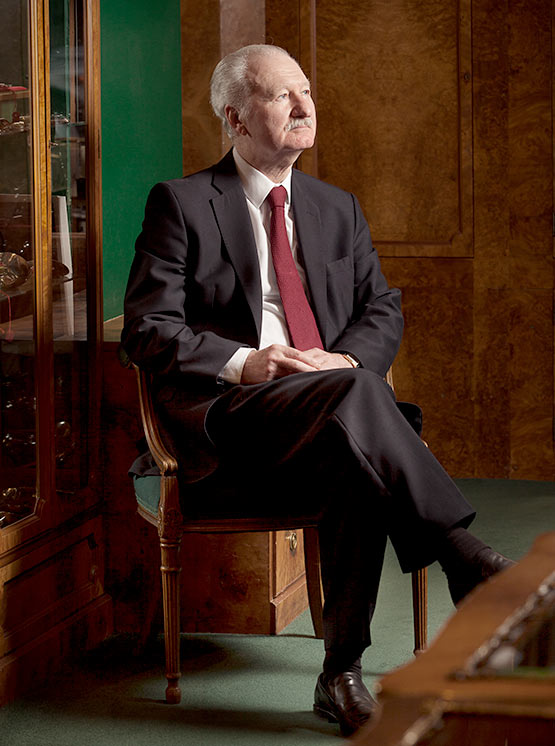 Goodwins is a third generation family firm. Originally founded in London after the second world war, Richard Goodwin was demobbed and became an antique dealer. He established several stalls on the Portobello Road and rapidly became a well known figure to the London trade.

After many years travelling the country buying antiques to stock his London base, Richard decided to settle in Edinburgh. He established the original store on Rose Street in the city centre, where Goodwins still trade to this day.

Richard’s son Ronald, who from a very young age worked with his father in London, took control of the business in 1957. He then decided to relocate to Edinburgh’s very fashionable West End on Queensferry Street. Over the following 30 years, Ronald, and his wife Kate, nurtured the business and expanded the premises in the West End to encompass 2 shops.

In 1991 Ronald’s sons Joe and Ben, who had also been trained from a very young age, joined the business, completing the team. They decided to re-open the original shop in Rose Street in 1995 where it has grown steadily taking on various brands including Seiko, Guess, Citizen and Rotary.

The Goodwins name has become synonymous with service, integrity and quality. Sales, valuations, repairs, engraving and purchasing of both modern and antique jewellery and silver are amongst the services they offer. Goodwins are Edinburgh’s largest family owned and operated Fine Jewellery and Silver business and are looking forward to welcoming you to either of their city centre showrooms. 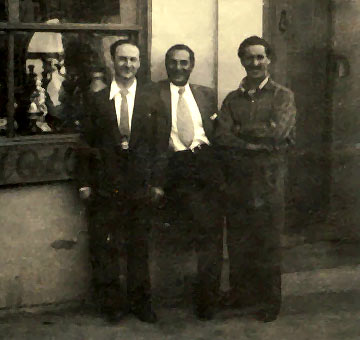 Richard Goodwin, Jack Shell and Desmond Thomas (all London dealers) outside our original premises in the Portobello Road in London. Circa 1948. 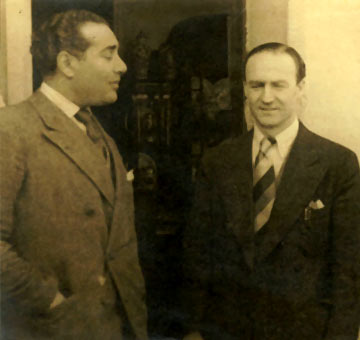 Jack Shell and Richard Goodwin outside our original shop in the Portobello Road in London. Circa 1948 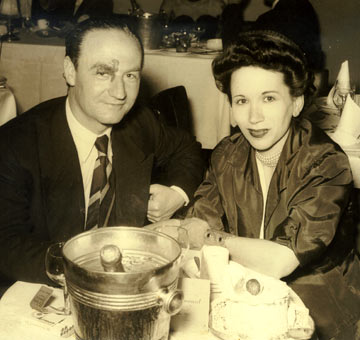 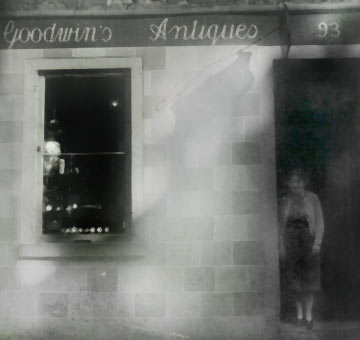 Our old original shop in Rose Street. Circa. 1959 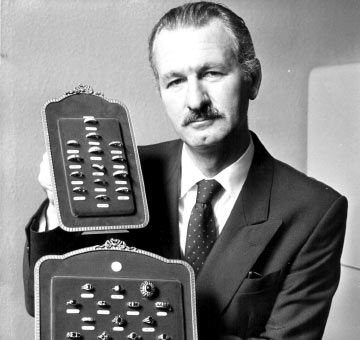 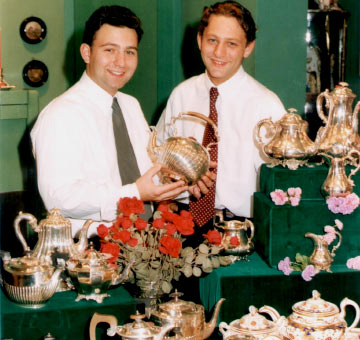 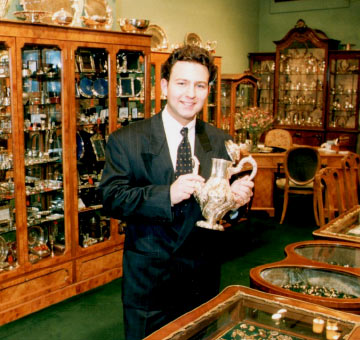 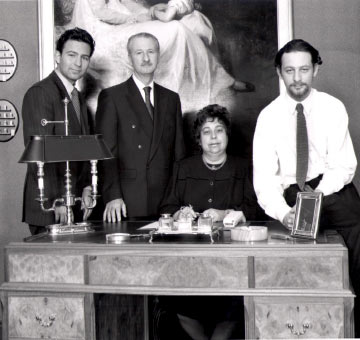 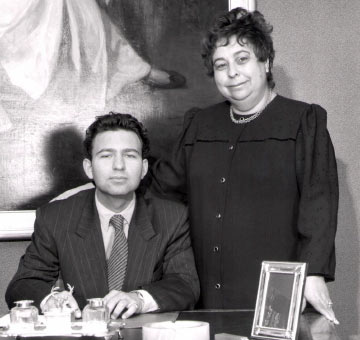 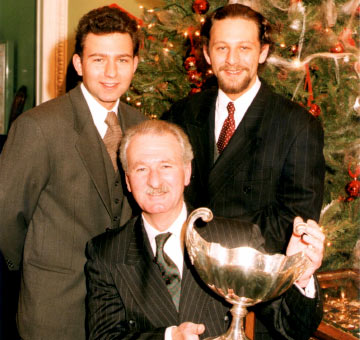 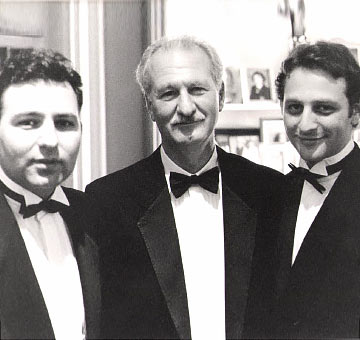 Our Rose Street shop stocks Scottish jewellery, pre-owned items and watches from Citizen and Seiko. You can also call in for watch repairs.